Most of us probably think about slots as a game that is best played alone – human against machine. It’s not generally seen as a competitive activity, but this is changing due to growing popularity of slot machine tournaments. This is where you compete with other players in the hope of claiming prizes and glory. It adds a whole new layer of excitement to the game, and it can also be financially rewarding. 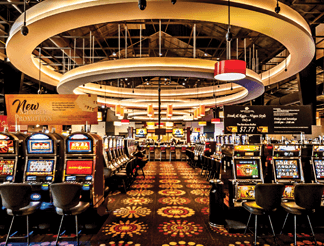 How Do Slots Tournaments Work?

Slot machines are a completely different kind of activity than something like arm-wrestling or tennis where you are physically playing against another human. When you enter a tournament, you are still going to be up against the machine, but your performance is going to be matched against other players. The players who perform the best proceed to the next round until they reach the final and an ultimate winner can be declared.

The usual way a slot tournament works is that you will be given a certain amount of credit and a limited time to play. If you enter a tournament in a real-life casino, you’ll be assigned to a particular machine where you will be allotted a session time. You are usually going to have twenty minutes to play, and your score is determined by the amount of winnings you have at the end of this time. Online slots tournaments are similar, but the technology means there can be a bit more freedom about how things are set up.

The growing popularity of slot tournaments means that there is now a number of different types to choose from. The format is going to be more or less the same when you are playing, but the main way these competitions differ is in how you become eligible to enter. Here are the four types of slots tournament you are most likely to come across: 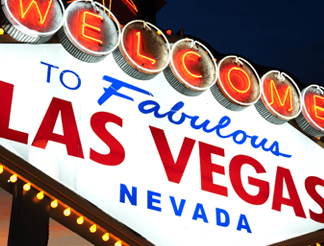 Invitation tournaments are only open to players who have been invited to take part. In the online version of this competition, it is usually the regular users on the website that get asked to play. This type of invitation can be considered a reward for your loyalty, and it is a chance to pit your wits against other users of this online venue. In a real world casino, it is usually the high-rollers that get invited to this type of competition – it can be much harder to get an invite.

Open tournaments are advertised beforehand and anyone who wants to join in just needs to sign up beforehand. This can be a fun way for new players to test the waters, and there can be a great deal of excitement generated around this type of event.

You may need to pay an entry fee in order to join open or invitation slots tournaments. The invitation games tend to only have a minimum fee, but if there if there is a particularly attractive jackpot, you may have to pay a bit more.

Free tournaments are sometimes used to attract new players and to reward loyal customers. It means you have a chance of picking up some nice winnings without risking any of your own money. There are some online casinos that offer free tournaments on a regular basis, so it can become something to look forward to.

How to Win Slot Tournaments

Slots is a game of luck, but you can increase your chances of winning in these tournaments by having an effective betting strategy. It is usually the case that any credit you have left at the end of your allotted time playing is lost – only the amount you have won is counted in your score. You need to keep the wheels spinning and don’t waste too much time thinking between each play. As you are getting near the end of your time, it might be best to stick to only the maximum bet.

This site is a free online resource that strives to offer helpful content and comparison features to its visitors. Please be advised that the operator of this site accepts advertising compensation from companies that appear on the site, and such compensation impacts the location and order in which the companies (and/or their products) are presented, and in some cases may also impact the rating that is assigned to them. To the extent that ratings appear on this site, such rating is determined by our subjective opinion and based on a methodology that aggregates our analysis of brand market share and reputation, each brand's conversion rates, compensation paid to us and general consumer interest. Company listings on this page DO NOT imply endorsement. Except as expressly set forth in our Terms of Use, all representations and warranties regarding the information presented on this page are disclaimed. The information, including pricing, which appears on this site is subject to change at any time.




Copyright © 2009-2018 Natural Intelligence Ltd. All Rights Reserved.
By using our content, products & services you agree to our Terms of Service and Privacy Policy
Reproduction in whole or in part is strictly prohibited.
Players must be 18 or over and located in the United Kingdom. This website contains information about a range of products and services.
Certain details, including prices and special offers, are provided to us directly from our partners. These are subject to change at any time without prior notice. The information we share does not constitute legal or professional advice or forecast, and should not be treated as such.
Got It